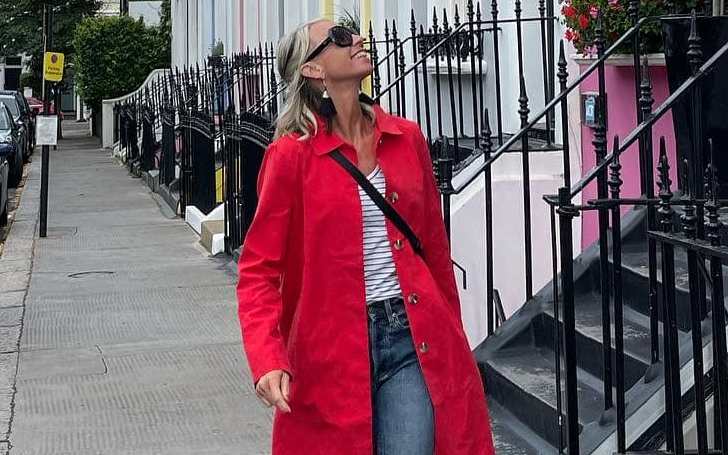 Carrie Cannon is the celebrity wife who rose to the media limelight after tying the knot with a German-American former professional basketball player Shawn Bradley. Before they exchanged their vow, both of them already went through a failed marriage.

Talking about Carrie’s husband’s basketball career, Shawn played center for several high-profile teams including New Jersey Nets and Dallas Mavericks from 1993 to 2005. Sadly, back in March 2021, Bradley was involved in a dreadful road accident when the ex-NBA player was struck from behind by the driver of an automobile while on his bicycle. As a result, Shawn suffered a spinal cord injury that, unfortunately, left him paralyzed.

Do you know his wife is the biggest supporter throughout Shawn’s low time? Besides, as for Carrie and Shawn’s marriage, the couple is now married for a long time. How did they meet each other? Do the beautiful pair share any kids together? So today in this article, we will explore more intriguing facts about Shawn Paul Bradley’s wife Carrie Cannon including her age, net worth, and many more!

How Old Is Carrie Cannon? Her Early Life

Carrie Cannon was born on October 28, 1976, in Lompoc, California. The celebrity spouse is 46 years old as of 2022. While most of her early details are still behind closed doors including her parents, Cannon has a sister named Cynthia Cannon Richards. She went to Cabrillo Senior High and later did her high schooling at Orem High School. Carrie’s sista then attended Brigham Young University and earned her BA in Music in 2017.

Furthermore, talking about her own academics, Carrie completed her schooling at Orem High School. She later graduated from Utah Valley University.

On the contrary, her spouse Shawn Paul Bradley was born on March 22, 1972, in Landstuhl, West Germany. He studied at the Emery School. Bradley then graduated from Brigham Young University in Provo, Utah.

When did Carrie Cannon and Her Husband Shawn Exchange Their Vows?

Cannon and her spouse Bradley tied their knot on January 1, 2018. Their marriage was held in a low-key ceremony which was attended by their close friends and relatives. Although neither Carrie nor her spouse Shawn has revealed much about their marriage, they are still together and are leading a blissful marital relationship. As of 2022, the couple currently resides in St. George, Utah.

Prior to her current hubby Bradley, Carrie was previously married to a man named Mike Hench. But, things did not go as planned and they separated their ways.

As already mentioned that Carrie was married to her first-spouse Mike before Shawn. Nevertheless, the details of how Carrie and Shawn got into the marital relationship and how they ended their relationship is yet to be revealed.

But according to Carrie, her then-partner Mike is never a good husband and father. Because of his irresponsible tendency, Carrie’s relationship with her ex-hubby couldn’t last long and they had a nasty divorce.

Like we said earlier that Cannon’s ex-partner Mike is a careless father. She once told Hench abandoned the family for years before rejecting them forever. And after Carrie’s former husband rejected parental rights, it couldn’t affect her children for a long time.

As a result, it makes Carrie’s now husband Shawn easy to adopt her children. In regards to the adoption, Carrie posted a sweet family photo with a lengthy caption in early 2020,

“They are equally overwhelmed with joy for the opportunity to have been adopted by the father figure that has been such a positive influence while helping raise them the past couple years. Shawn and I are truly grateful for the opportunity to continue to raise these amazing – and resilient – kids and feel so blessed to able to be together forever as a family.”

And looking through Cannon’s and her kids’ social media handles, all of her children and Shawn, without any doubt, share a good bond together. One one-time Hailey Hench writes her name as Hailey Bradley at present and her two sons write Dubbie Cannon and Max Cannon on their social media.

Details On Carrie And Her Ex-Spouse Mike’s Kids

As we said earlier the ex-couple shares three children together. Carrie experienced her motherhood for the first time on September 11, 2001, after giving birth to her daughter Hailey. She graduated from Snow Canyon Warriors in 2020.

The answer is yes. The former l basketball player got into a breathtaking accident in January 2021 and it ended up making Shawn paralysis. He got hit by an automobile while riding his bicycle near his home in St. George, Utah. The player fell down over the truck and then the player fell down on the hard surface of the road after that his helmet cracked and couldn’t move his arms or his legs.

Shawn then got allegedly underwent neck fusion surgery. Some sources also revealed that the ex-player was also looked after by undergoing rehabilitation while Shawn was on 8 weeks of being hospitalized. During the first three weeks of his hospitalized days, Bradley took on the ICU ward.

Later on, Carrie’s spouse was transferred to an inpatient neurological rehab to make him well and to make his body parts work. But, after all these tries, his spinal court couldn’t recover, leaving him paralyzed.

Shawn Shares Kids With His First-Wife

Shawn shares six kids with his first wife Annette Evertson. They both have four daughters named Chelsea, Ciera, Charity, and Cheyenne, and two sons called Chase and Chance. It seems like Shawn is obsessed with the letter ‘C’ as all of his kid’s name starts with it.

As for his marriage with his then-wife Evertson, the two married for several years before their divorce in 2017.

Carrie is very active on all social media handles. She regularly shares about her family and her own life on her Instagram where the celebrity spouse has over 1.4k followers in 2022.

Similarly, Cannon is also active on Facebook with good followers.

What Is Her Net Worth?

The former basketball player has earned his money from his sports, acting career, and many more.