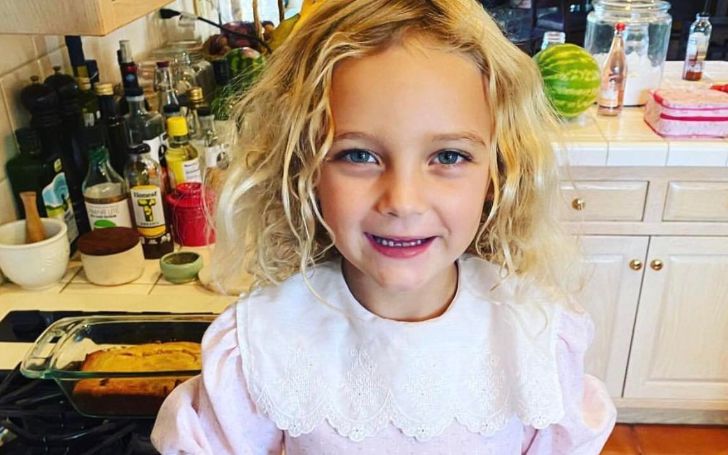 Fianna Francis Masterson, a celebrity child, who is the daughter of The 70’s Show actor, Danny Masterson, and Bijou Phillips. Coming from a line of entertainment, Fianna lives a glamorous life at just 8 years old.

We see photos of Fianna constantly on Danny’s Instagram. It sure looks like this father-daughter duo has a great relationship! So what’s it like being the daughter of two extremely talented parents? Fianna had the spotlight hit her from the very beginning. We’re sure she has an interesting life of her own beside her parents.

By the end of this article, we will know more about Fianna’s life, her parent’s careers, her father’s charges, and many more! What’s the final verdict on Danny’s court trial? Let’s find this out together!

Fianna Francis Masterson was born on Valentine’s Day in 2014. She’s the only child of Danny Masterson and Bijou Phillips. She is a part of a glamorous life with the spotlight hitting her right after her birth.

Danny posted a lovely photo of his daughter right after she was born. He wrote,

“Hello friends. Beyond thrilled to announce the birth of our daughter Fianna Francis Masterson! Mom and baby are doing amazing. You can all refer to me as DJ dadpants from now on.”

Undoubtedly, her father was extremely happy about Fianna’s arrival!

Fianna has an Anglo-Scottish, Irish, and Greek descent. In addition to this, her name in Scottish refers to independent bands of warriors.

As she is just a child, Fianna has a private life. We get to know much more about what she is up to from her father’s Instagram. Recently, in June 2020, she graduated from Kindergarten.

Fianna Francis Masterson Comes From A Line Of Entertainment

How does it feel to be a child of two extremely talented actors? We need to ask Fianna.

Danny Masterson, Fianna’s father, is an extremely talented actor and DJ. He has played in multiple hit movies and TV shows. Danny is best known for his role as Seven Hyde in The 70’s Show. Besides this, he has played remarkable roles in The Ranch, Face/Off, and Dracula. He even was nominated twice for Teen Choice Awards. Talk about talent!

On the other hand, Fianna’s mother, Bijou Phillips is as talented as her husband is. She is an American actress, model, and singer. Phillips started working in the entertainment industry at a very early age. At 15, she had already modeled for brands like Calvin Klein. In addition to this, she has played roles in Bully, Hostel: Part II, and Havac.

Besides her parents, Fianna’s grandparents also come from this industry. Phillips’ father, John Phillips, was an American singer. He was even nominated for Golden Globe Award for Best Original Song. Similarly, Carol Masterson, Danny’s mother, is a film producer. Made for Each Other and The Art of Travel are two of the movies produced by her.

It is obvious by now that Fianna Francis Masterson has great talented genes. Will she someday enter into this line? We”ll just have to wait and see.

Danny Met Fianna’s Mother, Bijou Phillips When She Was Just A 15-Year-Old

The rumors are true! Danny Masterson met his future wife, Bijou Phillips when she was only 15 years old. They came across each other for the first time at a party that Danny threw at Sunset Plaza but there wasn’t any spark in the beginning.

Later, at a Poker Tournament in Las Vegas, Danny and Bijou met again. Coincidentally, they were seated next to each other at the table. Even there, Danny did not give much attention to his future wife. Bijou reported that while all the other men in the room laughed at her jokes and flirted with her, Danny ignored her.

In contrast, the couple started seeing each other in 2004. They dated for almost 8 years before marrying each other on 18th October 2011. They had a private wedding in Tipperary, Ireland in a private castle.

Since the beginning of their relationship, Danny and Bijou have appeared in several movies together. Made for Each Other and the Bridge to Nowhere are some famous ones.

As of 2022, these lovebirds are still together and raising their beautiful daughter, Fianna, together.

In 2017, serious allegations come to the surface against Danny Masterson for sexually assaulting five different women. This is also when things started to fall apart for him. In addition to the charges, Danny was fired from his own Netflix show, The Ranch. His talent agency even let go of him.

After nearly two years, in 2019, the case came back to the surface again. Four women, including one of his ex-girlfriends, accused him of stalking and harassment. Even so, his defendant believed that the women came together to bring Danny down and the accusations were false.

Danny went on multiple court hearings from 2019-2021. He was first charged with raping three women yet pleading not guilty in May 2021.  It has already been five years since these allegations came out, but the final verdict isn’t out yet.

Was Fianna’s Mother Bijou In Between Life And Death In 2017?

When Fianna was just 3 years old, her mother had a tough battle with life. It has been reported that Bijou was born with “small kidneys” and was going through continuous treatment.

She was even in line for a kidney transplant. With this, in 2017, Fianna’s mother finally got her new kidneys, and literally a new life! She lives a happy and healthy life today.

Is Fianna Francis Masterson Life As Glamorous As We Think It Is?

Born into a wealthy family, Fianna is bound to have a fabulous life. As well as that, Danny’s total net worth is almost $8 million dollars as of 2022. With his wife’s great acting and music career, the couple shares a combined net worth of $16 million dollars. This is more than enough for Fianna’s life to be filled with glamor.