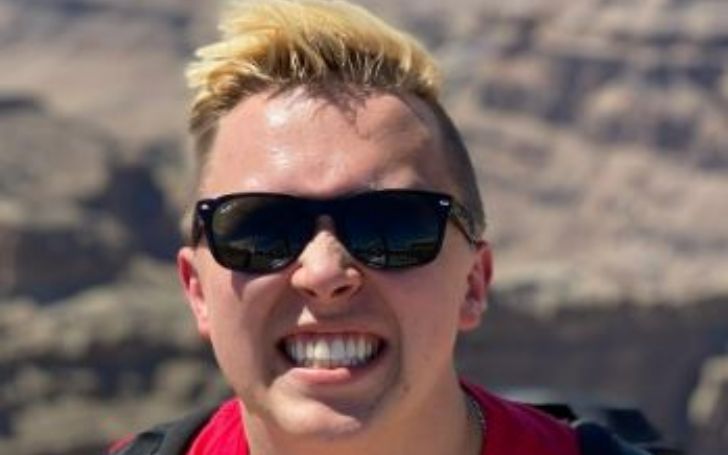 Jayden Siwa is a popular social media personality who is also famous for being the older brother of Jojo Siwa. His sister is a dancer, actress, and singer. Jayden started gaining fame after his sister participated in a popular reality show. Over the years Jayden has grown quite a lot in his career.

While most people are already familiar with Jojo, people are now getting curious about Jayden Siwa. In this article, we will discuss Jayden in full detail, how he became famous, what is he currently working on, his relationships, and his love for baseball.

Let’s take a look at the following article.

Jayden Siwa was born on 20th May 2000, in Omaha, Nebraska. He is the son of Tom Siwa and Jessalyn Siwa. His mom is a professional dance instructor whereas his father is a chiropractor. Jayden has a sibling who is non-other than JoJo Siwa.

His grandparents are Ronald J. Siwa and Joan G. Potkowski and on his mother’s side, he is the grandson of Kim N. Lombardi and Kathy Ann Junk.

For high school, Jayden went to Roncalli Catholic High School from where he graduated in 2019.

His Ethnicity And Nationality

It is quite obvious that Jayden is American by nationality.

And to say about his ethnicities, Jayden belongs to Polish ancestry from his father’s side whereas his mom is of German, Luxembourgish, and one-eighth Italian descent. On his mother’s side, all of his ancestors were German.

What Is Jayden Siwa Currently Doing?

Jayden is currently working as a realtor at a company named Compass in Los Angeles, California. He utilizes his social media presence in his real estate profession. Siwa has sold four homes with Compass so far. Siwa has been working at the organization since February 2022.

Apart from all this, Jayden once owned a website from where he used to sell merchandise. He once also ran a podcast.

His Rise In Social Media And Career; Has His Own Youtube Channel

Jayden started rising on social media when his sister JoJo participated in the dance reality show Abby’s Ultimate Dance Competition. He first appeared on TV in 2015 while supporting his sister on the show.

Afterward he started appearing mostly on his sister’s YouTube channel where they made prank videos, challenge videos, and tag videos. Jayden was part of the controversial video where the siblings made a prank video about their dad having an accident.

Siwa Had A Strong Passion For Baseball

Jayden had a big passion for baseball when he was a kid. In fact, he was part of a baseball team in his high school, which must have made him very happy. Overall he played a total of 14 games.

According to some sources, Siwa wanted to become a professional baseball player. But seems like somewhere along the line, it didn’t work out and he changed career path.

As mentioned earlier, Jojo Siwa is an American dancer, singer, actress, and YouTuber. She is mostly famous for appearing in two seasons of Dancing Moms along with her mother. In addition to her singing career, she also has a hit single that some of you might have heard, Boomerang.

As we said, JoJo started her career in Abby’s Ultimate Dancing Competition at the age of 9. She was the youngest contender in the competition. Despite being so young, Jojo was part of the competition for a long time. Unfortunately, she got eliminated in the 10th episode of the reality show.

Since then she has gained more than 12 million subscribers. In an interview with RollingStone, the star said,

“I never forget where I came from with YouTube. I wouldn’t be where I am today without it.”

Aside from creating content, Jojo is a talented singer. Till now she has released more than 20 songs globally. Her most popular song is Boomerang. As of now, the song has been viewed more than 980 million times.

Jayden Siwa Relationship; Does He Have A Girlfriend?

As of now, Jayden is dating a beautiful woman named Abbie Crandall. He first started posting about her in August 2020 so we can guess the couple met somewhere in that year. The lovers have been in a healthy relationship for more than 2 years.

Previously he dated a woman named Lily Kate. They made many videos while they were together.

On the other hand, his sister Jojo is also in a relationship. She is currently dating an influencer who goes by the name Avery Cyrus.

Reportedly Jayden has an overall wealth of more than $250,000. His social media fame has helped him earn quite a living. His profession in real estate is also contributing a lot to growing his wealth.

On the other hand, his sister Jojo Siwa has an estimated net worth of $20 million.