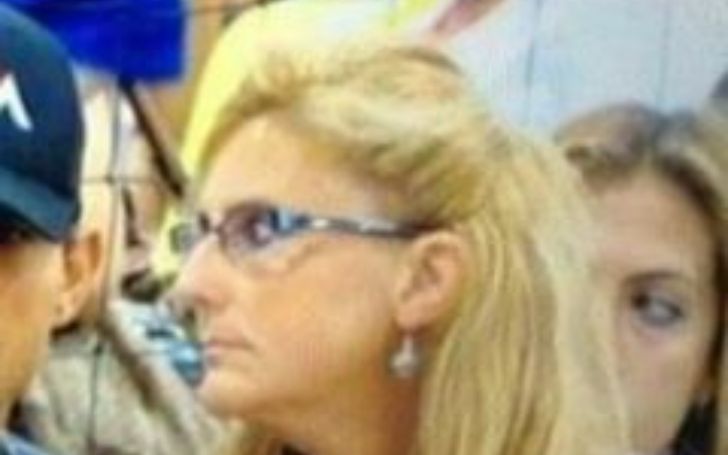 Deborah Lautner is a celebrity parent famous actor and model Taylor Lautner. Taylor gained fame after playing the role of Jacob in the hit movie franchise, Twilight. Most people already know who Taylor is but his fans occasionally also get curious about his mother.

So who is Deborah Lautner? Who was Mrs. Lautner before people started knowing her as Taylor’s mother? Does she have a back story and did she have any role in cementing her son’s career?

In this article, we will talk in detail about the answers in addition to Deborah Lautner’s personal life, who she is married to, and does she have any grandchildren. And did you know that Deborah also has a daughter and she suffered from a very serious heart condition?

Deborah Lautner Early Life; She Is From Michigan

Deborah now is reportedly in her 60s. She was born in Hudsonville, Michigan. Deborah, the mother of two children Taylor Lautner and his younger sister, Makena Lautner, currently lives in Santa Clarita, CA, according to some public records.

Deborah, who is American by nationality, has several ethnicities. Lautner apparently has French, German, and Dutch in her blood and allegedly also has some Potawatomi and Ottawa Indian in her.

In an interview on May 20, 2008, Deb’s son, Taylor revealed he is part Native American and said that his mother has some Potawatomi and Ottawa Indian ancestry.

The native American part however has never been verified. On the other hand, all of Deborah’s parents, grandparents, and great-grandparents are listed as “White” on United States Censuses.

What Does Deborah Do Now?

As per some reports, Taylor’s mother, Deborah is currently working for a software development company, somewhere in California. Reportedly, she first worked as an employee in a company named Herman Miller. It was a furniture business that mostly produces office equipment.

Except for this not much is known about her professional life as she hasn’t disclosed such information to the public.

Who is Deborah Lautner Husband?

Deborah is married to the love of her life Daniel Lautner. Her husband is from Michigan and in the past also worked as a manager for his son Taylor. He additionally worked for Mid West Airlines as a pilot.

Lautner and her spouse, Daniel apparently still have the same love for each other despite being together for such a long time. Besides that, however, they haven’t shared much information about their love life with the public.

Although both of their children, Taylor and Makena use social media to keep their fans updated about their usuals, so far, neither one of them has mentioned their parents, Deborah or Daniel.

Her Daughter Makena Had A Major Heart Surgery

Deborah’s daughter Makena Lautner had a major heart issue back in Aug 2018. On Aug 11, 2008, Makena’s older brother, Taylor revealed to his Instagram fans that his sister successfully went through a major heart operation.

“You are much braver than I @makenalautner. Love you so.”

Taylor was very proud and happy after her surgery was a success.

Deborah Is Soon To Be A Grandma

On May 18, 2022, we found out that Deborah Lautner’s daughter Makena was expecting her first child.

Taylor Lautner was very happy when he found out that he was going to have a niece. In an Instagram post, he shared his happiness and said,

“I’ve never been more speechless in my life. My sister has been my best friend since I was blessed with her at 5 years old. She’s been my rock for so so many years. She now gives me one of the greatest gifts in life, the blessing to be an Uncle.”

They haven’t shared the due date nor the sex of the child with the public. Deborah must be very excited.

Quite obviously, Deborah’s son Taylor is a popular American actor and model. He was ranked second in Glamour’s “The 50 Sexiest man alive” and in the same year he was ranked fourth in people’s “Most Amazing Body”.

Taylor started his acting career in movies such as The Bernie Mac Show (2003) and My Wife And Kids (2004). After that, he served as a voice actor in a few TV series.

He became an overnight sensation after playing the role of werewolf Jacob in the Twilight film franchise. The franchise had three installments Twilight, New moon, and Eclipse. He gained more fame after the second installment of the movie.

In total Taylor has played in 22 movies. Some of his most popular movies are Tracers, Grown Ups 2, Abduction, Home Team, and The Ridiculous 6.

Speaking in regards to personal font, Deborah’s son, Taylor is currently engaged to a California-born nurse, Taylor Dome. They got engaged in late 2021.

In his teenage years, Taylor was a very insecure person. Deborah and Daniel Lautner’s son once revealed he was never fully confident all the time when he was a child actor. Though the actor was never bullied physically, the children of his age made fun of him for being an actor.

The resulting insecurities apparently continued even when he became famous with Twilight and other films. Talking about the issues, in an interview with Rolling Stone, Deb’s son said,

“I just had to tell myself ‘I can’t let this get to me. This is what I love to do. And I’m going to continue doing it.”

Looks like Taylor made a great choice by following his passion.

How Much Is Deborah Lautner’s Net Worth?

According to some sources, Deborah is worth around half a million. She earned her money by mostly working in a software development company.

Whereas her son Taylor Lautner has an estimated $40 million. He earned his money by working as an actor and model. He created most of his wealth through the movie franchise, Twilight.