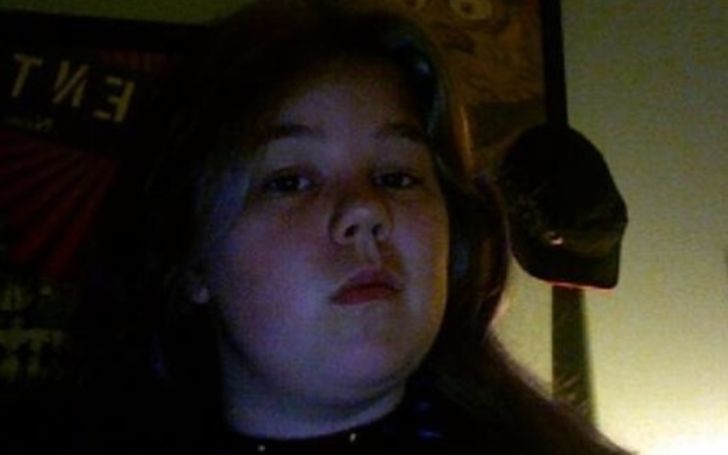 Zoe Bearse is best known as the adopted daughter of Amanda Bearse. Her mother, Amanda is recognized for her appearance in the Fox Sitcom Married… with Children (from 1987 to 1997) in a role as Marcy, Rhoades D’Arcy. She is known for her performance in the horror film Fright Night.

While Amanda is a widely recognized actress, her daughter often comes short of stories. There, nonetheless, are some queries that more often than not get teased in the case of Zoe. Some of these are: is Amanda Bearse the biological parent of Zoe Bearse? Here are several unknown facts you are looking for about Amanda Bearse’s daughter Zoe including her date of birth, siblings, and many more.

Zoe, the daughter of actress, Amanda Bearse, was adopted by Amanda in 1993. She was 2 years old at the time and is said to have been born in 1991.

The actress is very secretive when talking about her daughter. So, the information regarding Zoe’s childhood is still under the radar. However, we can surely say that she must have had a lavish upbringing.

On the other hand, talking about her famous mother, Amanda was born on August 9, 1958, in Winter Park, Florida. Later, she moved to Atlanta with her parents where she joined Rollins College, Birmingham Southern College, and Young Harris College and gained an associate of arts degree. Likewise, she was into acting from a very early age, and to pursue that dream Bearse joined Neighborhood Playhouse School of the Theatre in New York.

Zoe just like her mother is very well-educated. She completed her schooling at The Howard School in Atlanta from 2008 to 2012. And she has earned a BA degree in the field of Entertainment and Media from Evergreen State College.

What Does Zoe Bearse Do For A Living? Her Career Details

Soon after graduating from college, Zoe started working as an Audio Editor for Shomer Associates and has been working for the company for over 5 years now.  Apart from this, she is also working as a freelance Audio Editor.

A Short Bio On Amanda Bearse

Amanda started her career by appearing as the cousin of Amanda in the ABC daytime opera All My Children (1982-1983). She later had minor roles in the comedy film Protocol and a sex comedy Fraternity Vacation. Additionally, in 1985, she landed a lead role in the horror movie Fright Night.

Bearse however returned to television guest-starring in the drama series Hotel. Her breakthrough came when she gained the opportunity to work in the Fox sitcom Married… with Children where she appeared as Marcy Rhoades (later Marcy D’Arcy)  from 1987 to 1997.

Similarly, Amanda is also a director. She had directed 31 episodes of Married… with Children and including Nick Freno: Licensed Teacher, Two Guys, a Girl and a Pizza Place, and The Jamie Foxx Show among others.

She has been active in the entertainment industry for 40 years but has only appeared in a handful of movies during this long interval. In 1995 she appeared in Doom Generation and Here Come the Munsters and in a comedy horror movie Sky Sharks in 2020 after 25 years. Her latest movie includes the romantic comedy film Bros (2022) where she starred as Luke Macfarlane’s mom.

Amanda talked about being gay after her daughter, Zoe was born. Similarly, during a Q&A session, she talks about the drive and motivation which lead her to talk about such a sensitive topic during that time. She said,

“I had been out, of course, in my personal life. The reason I chose that period was that it was when my daughter was born. And the tabloids – this was long before social media – were going to take one grain of truth, which is the fact that I was adopting a child, and then make it their own. And it was just too sacred a story for them to treat it the way they were going to and that’s when I decided I’m going to tell the story my way. That was 1993.”

Zoe Bearse Is The Daughter Of A Lesbian Couple; Details On Her Parent’s Relationship

Zoe’s mother, Amanda is married to a lesbian named Carrie Schenken. The pair first met in 2008 and fell head over heels in love with one another. They soon started dating and decided to take their relationship even further and tied the knot two years later in 2010. Their relationship is still going strong as they have been married for over a decade now. Similarly, since being married it is said that the couple has adopted another child but the details regarding the kid are still missing.

Carrie on the other hand was born on 24th April 1958 in Florida USA. Besides this, she hasn’t shared any information regarding her childhood or family.  Similarly, talking about her career she is a camera technician.

Does Zoe Bearse Have A Boyfriend?

The 31-year-old is very private when talking about her personal life. Hence, it is quite difficult to know if she is dating someone at present. Zoe is most probably still single and is focusing on her career as an Audio Editor.

Let’s hope that we will get to know about her relationship status sooner rather than later and also wish her the best of luck in her future endeavors.

Zoe Bearse’s Net Worth; Her Mother Is A Millionaire

Zoe is estimated to have a total net worth of $500,000. She has earned her wealth from her career as an Audio Editor. She currently lives with her mother in a $506k mansion in Atlanta Georgia.

On the other hand, her mother Amanda Bearse is a multi-millionaire who is estimated to have a total net worth of $16 million.