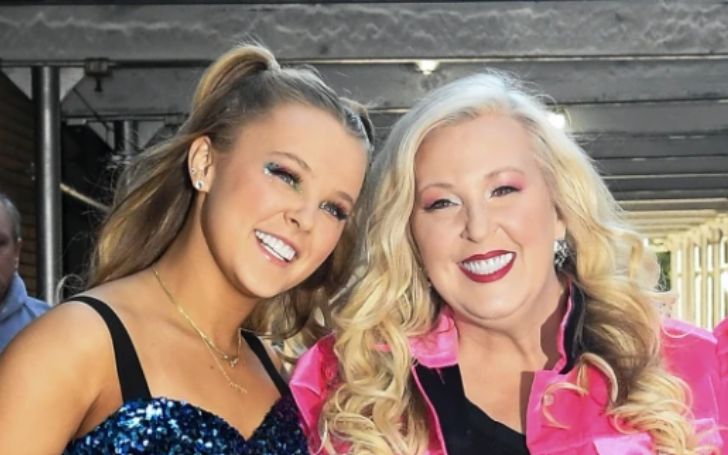 Jessalynn Siwa is an entrepreneur, mother, and manager. This multi-talented mother started out as a simple dance teacher based in Nebraska but who would’ve thought that later, she’d form the most iconic mother-daughter duo? Yes, she’s the mother of the famous, JoJo Siwa, an ex-star from the hit reality series, Dance Moms.

Jessalynn had a dream to become a dancer growing up. Her daughter, JoJo was able to fulfill this as she grew up. So, the relationship between these two must be great, right? Indeed, it is! She even is the “protective” kind towards her two children.

Here, in this article, we will look at the life of Jessalynn Siwa closely. Besides being a mother to a child actress/dancer, who actually is Jessalynn Siwa? Let’s find out!

Jessalynn Siwa Is From A Small Town; Her Parents And Siblings

Jessalynn Siwa was born on 8th December 1974 in a small town in Iowa. She is 48 years old as of 2022. Her father, Kim N. Lombardi, worked in a waste manufacturing organization, while her mother, Kathy Ann Junk, was a hairdresser.

She seemed to have had the opposite life growing up than she does now – filled with glamor!

Jessalynn married her husband, Tim Siwa on October 2nd, 1998. She then immediately moved to Omaha, Nebraska with him. Siwa’s spouse, Tim, also known as Tommy Tuna was originally a chiropractor business owner. More or less, the couple had a simple life before the birth of their two children.

Two years after her marriage to Tim Siwa, Jessalynn gave birth to their son, Jayden Siwa on May 20th, 2000. Jayden is also known as “The Food Dude”, and works as an actor. JoJo Siwa or Joelle Joanie Siwa is their younger daughter. She was born on 19th May 2003.

The birth of JoJo Siwa provided hope to Jessalynn. She wanted to fulfill her dream of becoming a professional dancer through her daughter. She channeled all her wishes through JoJo and gained much popularity as the most celebrated mother-daughter duo.

Jessalynn And Her Daughter, JoJo Siwa; The Glamorous Duo

After the birth of JoJo, Jessalynn started to see her own reflection in her daughter. When JoJo performed for the first time at the age of 2 years, she found hope. It was as if JoJo was born to fulfill her mother’s life-long dream of becoming a dancer. She had all the qualities that Jessalynn had when she was younger.

JoJo loved to dance. Her mother’s studio was like a second home for her. Growing up, she watched girls getting ready for dance competitions and fantasized about being in the spotlight someday. Jessalynn had literally given birth to herself!

On September 3rd, 2013, Jessalynn and JoJo appeared for the first time in public. They took part in ‘Abby’s Ultimate Dance Competition’, an American dance reality show. Both mother and daughter had very loud personalities. Because of this, they did not fit well with the other contestants. They were even mocked – were called “Jessalynn and JoJo Circus”. The duo faced a lot of failures before entering “Dance Moms”. This got them their big break.

On 14th January 2014, Jessalynn and JoJo Siwa entered “Dance Moms” as guest performers. Jessalynn used her YouTube channel to promote her daughter during this time which gained a lot of popularity.

From 2014 to 2019, they went from becoming guests on the show to full-time elite team members. JoJo had to leave this behind after signing a contract with Nickelodeon; her next big step in life.

Is Jessalynn Siwa A Protective Mother?

Recently, a drama broke out between JoJo and Full House star, Candace Cameron Bure. In a TikTok video, JoJo called Bure to be the “rudest celebrity” that she had ever met. Although the tension between these two was cleared sometime after the video was posted, how Bure reacted to her daughter in the past did not sit right with Jessalynn.

Jessalynn posted a throwback video of herself on Instagram to support JoJo’s story about Bure. In the premiere of Fuller House, when JoJo was just 11 years old, she was apparently ignored by the actress. In the video, Jessalynn recalls Bure saying, “Not now, maybe later” and shutting her daughter off completely. This extremely upset the protective mother and her daughter, who was a fan of Bure.

In the video, she says,

“At the end of the day, it’s not about a simple photo, it’s about how you treat people. Real, genuine kindness always goes a long way.”

We all need a protective mother like Jessalynn in our lives.

Jessalynn’s Career As A Dance Teacher To An Entrepreneur; What Is She Up To Today?

In the past, Jessalynn used to own a small dance studio and was a dance teacher.

Today, Siwa is an entrepreneur, mom-manager to JoJo Siwa, and manager to XOMG POP! – a dance group created by the mother-daughter duo. She aspires to inspire people worldwide as a positive influencer. She also runs a podcast, Success with Jess, every Wednesday and Saturday where she talks about the ongoing events in her life.

All this glamor, yet Jessalynn hasn’t forgotten to give back to her society. She is the Vice President of JoJo Siwa Childhood Cancer Foundation. It is a non-profit organization working tirelessly to spread love and awareness among children battling cancer.

With this, she is even very active on all her social media accounts. Jessalynn frequently posts pictures of her children there.

Is Jessaynn As Rich As JoJo?

Maybe, maybe not. This mother-daughter duo has a ten-time difference in their net worth.

While Jessalynn has a net worth of $2 million dollars, JoJo stands at a huge amount of $20 million. This difference does not seem to come between the duo as Jessalynn is JoJo’s mother as well as manager. Their bond is strong, regardless. 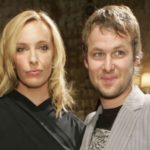 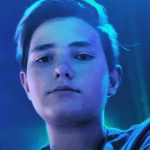