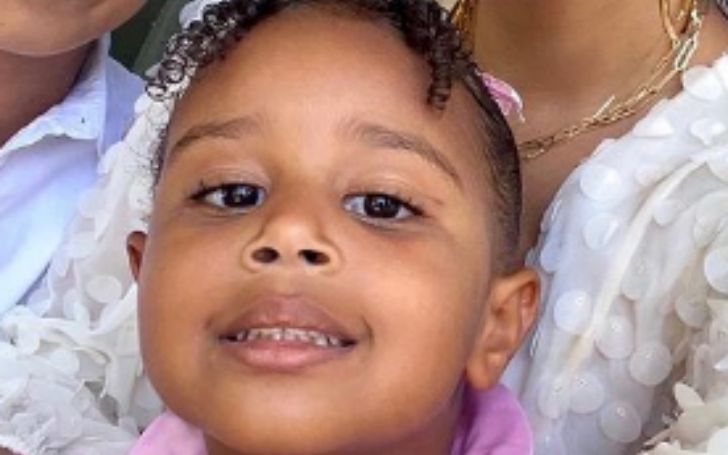 Cairo Tiahna Hardrict is the daughter of a renowned actress, Tia Mowry. Her mother rose to stardom after playing in an American sitcom show Sister, Sister. Besides, Tia’s passion for acting, she is also a writer. Since her birth, Cairo has become the talk of the town.

Unlike other couples who meet their soul mate after being successful, Cairo’s parents, Tia and Cory Hardrict met each other when her father was still a struggling actor. And now the question is how many children do the couple share and are they still together?

In the article below, we are going to talk more about Cairo & her family. Also, did you know that her father is a popular actor?

Who is Cairo Tiahna Hardrict?

Cairo Tiahna Hardrict is a star kid who was born on May 5, 2018, in Los Angeles, California. She is the second child and first daughter of Tia Mowry and Cory Hardrict and has an older brother named Cree Hardrict who is 7 years older than her.

Talking about Cairo’s ethnicity, she belongs to mixed Ethnic background.

How did Cairo’s parents Tia and Cory come up with her name?

Cairo’s father Cory wanted to have the letter ‘A’ ‘I’ ‘R’ in her name because he always felt like he is closer to his mother when he is up in the air. He was inspired to add the letters after he took a plane trip.

The meaning behind her name is “victorious”.

Like most mothers, Tia suffered from postpartum depression after giving birth to Cairo. At first, she didn’t tell anyone about her depression because she was ashamed of it but eventually opened up about it with her friends and family.

She suffered from depression for six months after her labor. According to her, talking about her feelings with her friends and family helped her a lot. Another thing that helped her was going back to work.

Tia has been in the entertainment industry for over 30 years and is mostly famous for her role in the series Sister, Sister which was released on April 1, 1994, on ABC. She played the role of Tia Laundry alongside her twin sister who played the role of Tamera Campbell.

In her acting career, Mowry has been nominated for 24 awards and has won 8 awards.

What does her mother do other than Acting?

Tia has done a few voice-overs in TV shows and her most iconic voicing is for a character named Sasha in the TV show Bratz.

After giving birth to her first child, Mowry Published her first book Oh, Baby!: Pregnancy Tales and Advice from One Hot Mama to Another. This book is for women who are going through pregnancy for the first time. As of 2022, Tia has written seven books in total.

She also has a YouTube channel named Tia Mowry’s Quick Fix where she shares her beauty tips and quick ideas for a weeknight meal.

Cairo’s father is also a famous actor and producer who has played in many movies alongside Tia. He is mostly famous for his role as Dandridge in the movie American Sniper.

Some of his other notable films are City of Lies, All Eyez on Me, Transcendence, Warm Bodies, He’s Just Not That Into You, and Gran Torino, along with such series as The Chi, All American, S.W.A.T., The Oath, and Lincoln Heights.

As of 2022, he has produced 5 movies and has recently produced another film, Die Like A Man.

When they first met, Cory was broke. He was working odd jobs in K-mart, graveyard, and security. Cory lived in a studio apartment with no furniture for two years straight.

While he was struggling, Tia had already made a name for herself. She was just coming out of Sister, Sister, and had everything that Cory ever wanted.

In the first year of their relationship, the couple never went on a date alone. They always had someone with them while they went on their date, mostly Tia’s sister Tamera.

Cairo’s parents, Tia and Cory married in the late 2000s; the couple are still together

Cairo’s parents, Tia and Cory got married in April 2008, in Santa Barbara. This year the couple celebrated their 14th wedding anniversary.

For their anniversary, Cory gave his wife a bouquet of balloons and roses with a card, ” Happy Anniversary! I Love You, Tia.” Which she shared on her social media.

The pair don’t put gender roles in their marriage. If Tia is working all day then Cory washes the dish and takes care of their child and if Cory is busy that day Tia teaches her kids, how to kick a ball. They don’t put labels on each other.

In an interview she said,

“Every year, it seems to get better. Like as a family first, there’s growth development, careers, everything gets better.”

“We continued to be there for one another, or had patience with one another and worked out whatever issues or difficulties that we were having. Because that next year is like a completely different year and even better year.”

Looks like, the couple is enjoying their time together and are always prioritizing their family before anything else.

Cairo must be living a luxurious life, as both of her parents have done quite well in their respective careers. 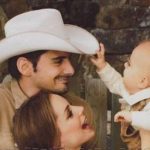 November 7, 2022
Where Is Life Below Zero Star, Agnes Hailstone? Has She Left The Show?

Where Is Life Below Zero Star, Agnes Hailstone? Has She Left The Show? 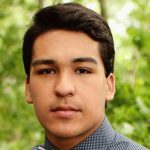 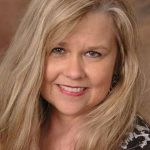 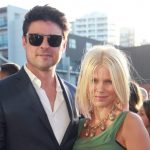