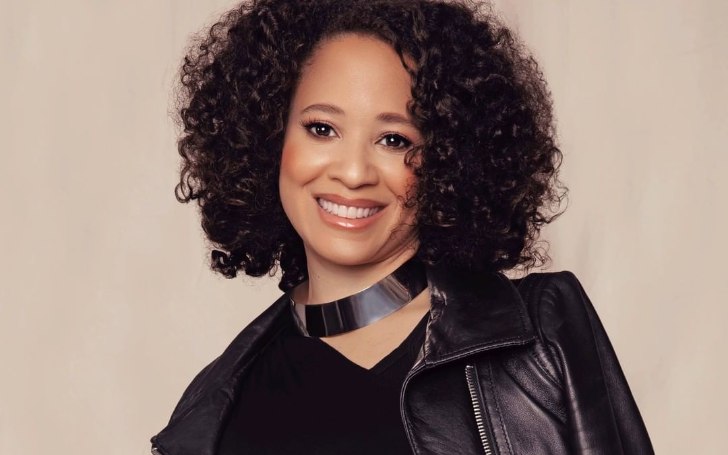 Kiya Winston is a fashion designer and is also known as the wife of an American football coach, Mike Tomlin. The couple has been together for over 26 years. Kiya is also a proud mother of three with her husband. Do you know Kiya and Mike have been together since high school?

Talking about Kiya’s husband, Winston is the head coach of the team Pittsburgh Steelers. Over the years, Tomlin has also taught many teams like VMI, Memphis, Arkansas State, and more. Like his massive popularity in the media, his wife Kiya is also popular for work as a fashion designer.

Well, here are numerous facts about Kiya’s professional and personal life. So, let’s take a look at the details of her parents, the clothing brand, and more.

Who Are Kiya Winston’s Parents? Her Age and Early Details

Kiya is 48-year-old as of 2022. She was born on Jan 13, 1974, in Morristown, New Jersey. Although the name of her parents has still been a big mystery, they divorced when Kiya was little. She grew up watching her mother work hard to support the family and her siblings. While talking to Essence, the actress told,

“My parents divorced when I was little. I saw my mom work to take care of us.”

She also said that She always wanted to be financially free and independent,

I never wanted to have to stay in a situation that I didn’t want to be in.”

“I’d love to be able to take care of the family financially when my husband retires.”

Her College and Nationality

Talking about her educational life, Kiya completed her high school at Morristown High School in 1992. She later took a course at The College of William & Mary located in Williamsburg, Virginia for her further studies. This was the place where Kiya also met her future spouse Mike for the first time.

At college, Kiya was a medical student and pretty into gymnastics. And Mike was the senior of Kiya. He completed his degree in Sociology in 1995.

Kiya Winston Is a Designer By Profession: Her Career

Kiya was interested in designing clothes and sewing from the early age of four. According to her, Winston even asked for a sewing machine on the occasion of Christmas at the age of 11.

Growing up, her mother’s economics sewing project collections helped her greatly in molding her own designs. Even though Kiya took a medical subject at college, her interest in designing clothes never stopped. She even made baby clothes and some dressed for prom for her colleagues and herself also.

“When I went to college, even though I was studying medicine, I had my sewing machine there and would design and make clothes for my roommate and girls on my gymnastics team. My college coach, She was pregnant one year, and I made all her maternity clothes.”

Despite her major subject was medical at college, Kiya didn’t follow it professionally instead the keen designer regained her interest in fashion design again.

After realizing her main interest in fashion defining, Winston joined the University of Cincinnati to study Design Art and Architectural Planning. While still attending UC, her husband was also hired as defensive backs coach at the same college.

She later got a degree in fashion design. And in 2004, Kiya formed a Women’s clothing store Uptown Sweats, in Etna, Pennsylvania with a collection of sweatsuits. The items are mostly designed with the fashion tagline “Comfortable, Confident, and Beautiful.” Furthermore, her company also targets women who are in their 30s.

She also runs an online clothing store under the website kiyatomlin.us. The fashion line features a variety of clothing products for real life and real women. It consists of Twisted Tee- Jersey, Pleated Maxi Pant, and more.

Furthermore, Winston also has a Plus Size Collection in her store that is located in Pittsburgh, United States.

As already said, the pair first met while both of them were at The College of William & Mary. Mike was Kiya’s senior at that time. At first, the pair became good friends and after a few months, they started dating. After being in a relationship for some time, the pair also tied their knot on 25th May 1996.

Since their marriage, they have been sharing a good relationship. On the occasion of their 24th wedding anniversary, the fashion designer posted a photo with sweet words,

“Hope everyone is enjoying their Memorial Day and thank you to everyone who dedicated their lives to serving our country! I get to spend today with my favorite guy as we celebrate our 24th wedding anniversary.”

So, it looks like they are still having a good time with each other.

Winston Is A Mother Of Three

Along with her successful married life, Winston is also the proud mother of three children. She is blessed with 2 sons and a beautiful daughter. On the 16th of December 2000, Kiya and her husband welcomed their first child, a son named Michael Dean.

Winston again experienced her motherhood by welcoming her second son named Mason on January 15, 2002. And in 2006, Mike Tomlin’s wife gave birth to their third child, a daughter named Harlyn Quinn.

In spite of being married to the football coach for over two decades, Kiya is actually not interested in Mike’s career. As we said earlier, her hubby is the head coach of the Pittsburgh Steelers.

According to her, Winston was not interested in football since her childhood. She also does not want to talk about football in her house too. She said,

“I was not a football fan at all growing up. I did not watch football at all, understand it or care.”

“That’s how I protect Mike. Everyone wants to talk to him about football. I don’t think he should have to come home to it and have me talk about football.”

Kiya has an estimated fortune of $2 million. She makes money from her clothing brand. On the other hand, her American Football coach husband has a net worth of $16 million. He has mainly racked his fortune from his coaching career. 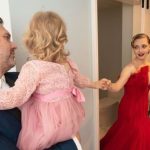